Living in the now

Above the Stars and Beyond...
The Romper is my style of the day an item that can be used during the day and glam it up for a night out with the girls. Take the initiative and explore your own creative style through your clothes. Whether being bold to wear metallics during the day to wearing that fedora hat that has been hidden in your closet. The romper is fun, stylish, trendy and also very flirty with showing tasteful skin with out being to revealing. Sport your Romper this spring 2010.

NY, Lookbook.nu (fashiona around the world) Re Live the ROMPER this Spring 2010

Romper Trendy and Stylish: Click to see up close

Millitary Trend: How to style it up around the world: BE Inspired

Mexico but living in Amsterdam (lookbooknu)

March Recognition: Mexican American Activist
Fight the Cause: Cesar Chavez UFW National Holiday Petition
check out their website: United Farm Workers
Quick Bio: César Estrada Chávez (Spanish pronunciation: [ˈsesar ˈtʃaβes]; March 31, 1927 – April 23, 1993) was a Mexican American farm worker, labor leader, and civil rights activist who, with Dolores Huerta, co-founded the National Farm Workers Association, which later became the United Farm Workers (UFW).[1] Supporters say his work led to numerous improvements for union laborers. His birthday has become César Chávez Day, a state holiday in eight US states. Many parks, cultural centers, libraries, schools, and streets have been named in his honor in cities across the United States.Later in life, César focused on his education. The walls of his office in Keene, California (United Farm Worker headquarters) were lined with hundreds of books ranging in subject from philosophy, economics, cooperatives, and unions, to biographies of Gandhi and the Kennedys. He was a vegan. He is buried at the National Chavez Center, on the headquarters campus of the UFW, at 29700 Woodford-Tehachapi Road in the Keenecommunity of unincorporated Kern County, California.[3] There is a portrait of him in the National Portrait Gallery in Washington, DC.[4] (Wikkipedia: Civil Rights Activist)

Mark your Stance in the World...

Look Book Nu: Website
Excitement in my Soul: Will begin interning with Louis Vuitton for their marketing internship at the Bloomingdales location in San Francisco, CA (So grateful) "We are hearts for Mexican designer Paola Hernandez for her collection of mucho cool futuristic goodies. Born in 82 in Mexico City, Paolo’s childhood love of art fueled her desire to enter the world of fashion, where she proceeded to grab it by the balls and make it her bitch.  She studied at the Universidad Iberoamericana in Mexico City and then at Central Saint Martins College, London (which is the breeding ground for the best in design)  In 2005 she launched her first label, Glam, and went on to create ‘Paola Hernandez’ in 2007 which has been met with praise from Elle, Nylon and Marie Claire. (The Fashionably Independent). " Check out the Article

Song of the day: So proud of you (sent by my big sis Anita)
LEE EVERTON - So Proud Of You (OFFICIAL VIDEO) 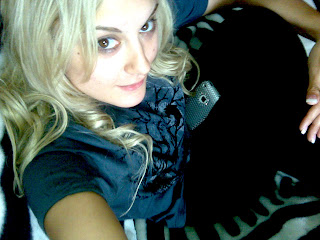